Protecting the sensitive nervous system of our society

Under the management of CEO Ali Carl Gülerman, Radar Cyber Security runs Europe’s largest Cyber Defense Center in Vienna, based on in-house developed technology. Gülerman joined bestselling author Marc Elsberg (“BLACKOUT”, 2012) on a journey for clues through current threat scenarios. Their mutual conclusion: The defense of critical infrastructure is not only important for companies and organizations, but also has the highest societal relevance.

What actually happens during a cyber attack and is the current threat environment hype or reality? Current insights were discussed and shared by the speakers at a virtual information event on June 1st. Austrian author Marc Elsberg took through the dramatic phases of a power blackout, outlining its impact on critical infrastructure and our entire society. The scenario in his novel “BLACKOUT”, excellently researched and brought to life, is no longer just fiction today, but has now become a very real threat, which Europe narrowly missed in January 2021.

“The IT infrastructure has become the sensitive nervous system of our entire society. Countless systems depend on each other and are interconnected. Even  small disruption in one area can have a massive impact on the functionality and resilience of the entire system. Since the publication of my book “BLACKOUT” 10 years ago, we still haven’t learned how to deal with this fact in a sensitive way nor developing fallback systems. I guess it resembles the notion of love: you don’t know what you had until you’ve lost it. -Marc Elsberg

Europe stands in the midst of a digital transformation: The European Commission has proclaimed “Europe’s Digital Decade” and is setting a clear course for a digitally strengthened Europe by 2030. But increasing digitization harbors dangers that can have a massive impact on the analogue world: Recent attacks in May 2021 on the largest pipeline in the USA and the Irish health authority, or an incident in a Croatian substation earlier this year that brought Europe to the brink of an electricity blackout. In the light of current events, the topic of cybersecurity is becoming increasingly relevant to our entire society.

A digital security network is needed to counter such threats responsibly and decisively. Whether in energy, finance or healthcare sectors, state-of-the-art IT security “Made in Europe” is used every day to monitor the security situation of numerous facilities in the critical infrastructure, protect them from cyber attacks and thus guarantee their stability. Ten years of experience, comprehensive knowhow and Austrian high technology: Radar Cyber Security enables 360 degree cyber defense and permanently analyzes the current security risk of IT systems in all industries as well as in the public sector. This approach not only reduces the detection time for attacks, but also quickly identifies and closes potential security gaps. This European technology is not affected by the so-called Patriots Act and therefore not accessible to U.S. law enforcement agencies. 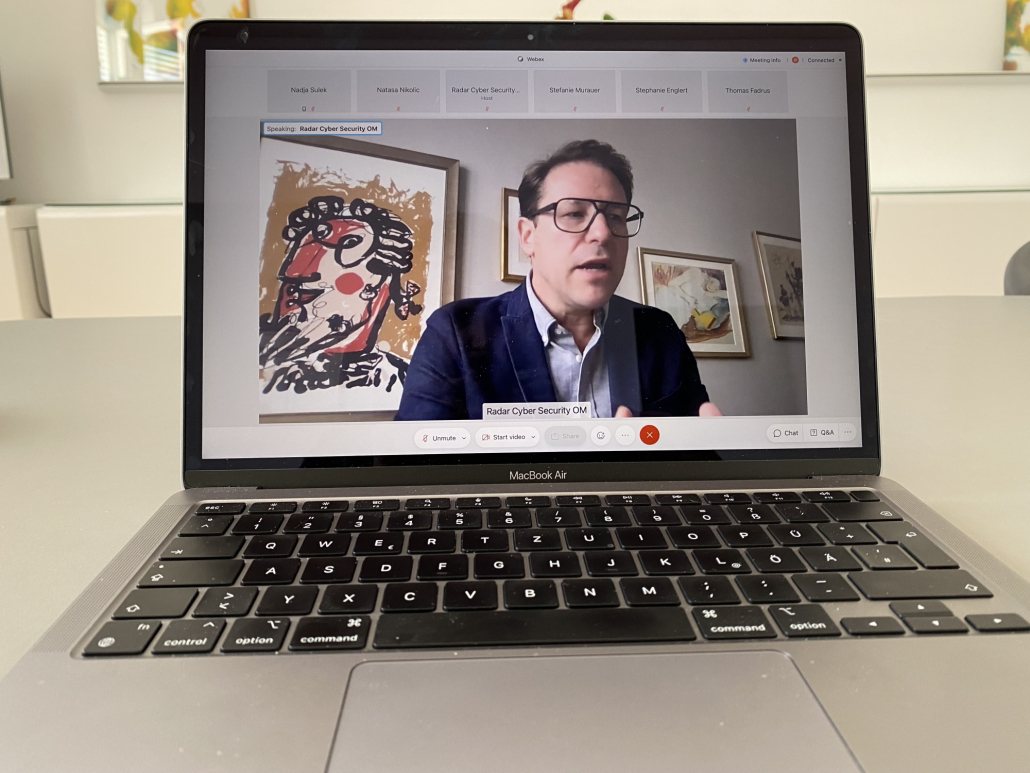 Hundreds of cyberattacks per hour

Attacks are on the rise, initiated by hackers, organized crime or states. But the pressure is not only increasing quantitatively; the quality of attacks has also increased massively. Weeks and months often pass between infiltration and the actual hack.” The thieves are not completely invisible. However, and we can detect them with our methods if preventive work has been done,” Ali Gülerman reports. There is currently a rapidly growing market for cybercrime and the professionals at Radar Cyber Security now recognize business models in cyber attacks. An attack is ordered on the darknet. Afterwards the target gets blackmailed. The profit is shared among the hackers involved.

The more significant an industry is for society, the more drastic the effects. Successful cyberattacks on hospitals may prevent life-saving surgeries from taking place. Software alone can’t solve the problem, says Ali Gülerman.

“We need to focus on increasing resilience in critical infrastructure and rely on regular cyber security exercises with scenario trainings. Unfortunately, once a hack happens, we can’t undo it – here comes early detection into play.” – Ali Carl Gülerman

In addition to disrupting supply chains or cash systems, it can go all the way to massive public insecurity in certain industries like food retail. And that can become a political issue too. “With cybersecurity, we are therefore also protecting our European values,” Gülerman concludes.